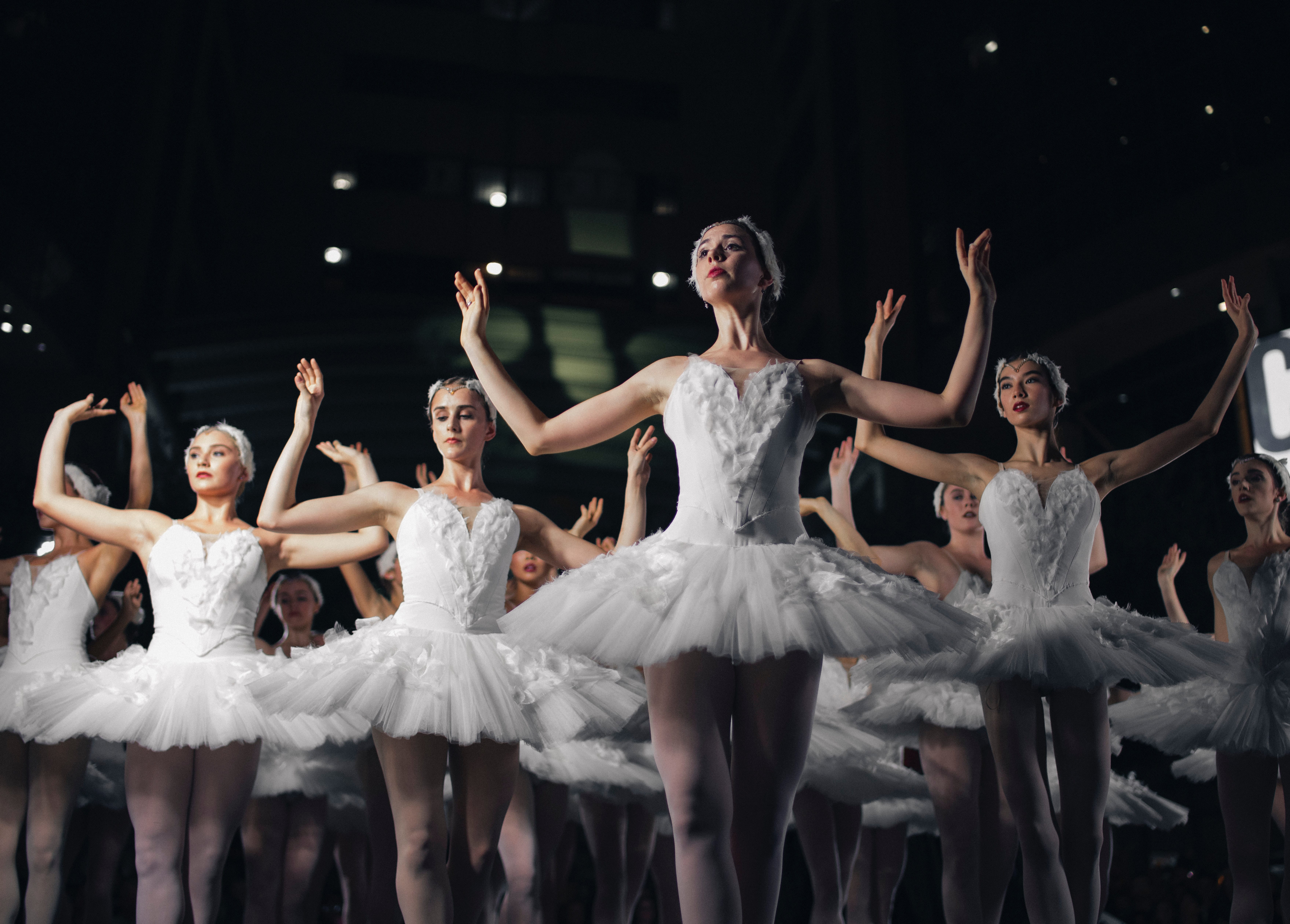 A world without Art (-ists)

Well…. As someone who has lived and breathed art from as young as I can remember – painting, drawing, dancing and to my mothers misfortune, singing- this will no doubt be a difficult thought experiment for me but here we are. On the cusp of a global pandemic, another global recession, where the artists are more than aware that they will probably be among the first ones to get pushed off the cliff of societal policy making, fund-allocation and capitalist economic pragmatism.

So I thought, why not explore this? If the world seems to be heading towards another such situation of artistic struggle for these industries, let us then go full out with feeling, and ask, what would the world look like without art?? It is way too easy to focus on the negatives of such a situation, so as a fun thought experiment let us focus on the not so popular positives. Let us make like my own little millennial, self-help, Instagram persona and find the silver lining, put it in a cute meme and pretend like I know life (just for some shits and giggles).

So here it is- what would it look like, both as makers and consumers of art, if all forms of creativity and the sector in general were to simply not exist one day? (And lets pretend that day is today, as right now, maybe you are like me and are more or less getting by on wine for breakfast, Netflix as your new significant other and let’s be honest, probably got nothing better to do with the day.)

Well, firstly as consumers of art. Let’s take this as a blanket situation and assess the repercussions from a world I would imagine having- no music, no dj’s, no radio, no dance parties, no dance ensembles, no symphonies, no theatre, no plays, no literature, no comedy shows, no movies, no art on the walls in our houses, no statues in the parks where we walk our dogs, no fashion, and no photography to capture the out of reach places, faces and spaces. Sounds rather miserable… But perhaps it would mean a whole lot more silence, a whole lot less colour and clutter- perhaps. Perhaps this would be substituted with more opinions, things, or economic, political or social realities.

From a current western political stance, perhaps the unnecessary distain between high and low art would not exist (albeit I’m sure this capitalist segregating would continue to conquer and divide other industries). However, in this particular vein, the liberal elitism that encapsulates this artistic snobbery, and perhaps finds ways of embittering and excluding others would cease to exist. It would perhaps also absolve a degree of our fanatical interests with fame and fortune, rendering pop-stars, movie celebrities and the like an inexistent force. What then would the world look like where fame ceases to be such an over-saturated and overemphasised force of society?

The images that exploit, objectify and over-sexualise women might not be so prevalent. The stereotypes that continue to oppress and restrict certain minority groups might not persist in such vehemency. Although, I would need to put an honest disclaimer here. I would actually argue that art is a double-edged sword in this manner in that it can promote both positive and negative norms. Art is uniquely capable of challenging stereotypes and resisting privileged perspectives. The potential power of art is thus a powerful tool of social change (or continuation, depending on whose privilege we would like enjoy at this particular moment). And as such, in this non-art world I guess we could conclude that people have much less ability, autonomy and power to create, reinvent or reproduce images and norms preferential to their own interests.

In this wonderful new world, we could safely assume that entertainment in general would cease to exist. Entertainment is often a form of escapism from the daily grind of life (and if we wanted to sound like a Marxist from the 20th century), its certain and inevitable drudgery. Art in its varying dimensions seeks to create a hyper-reality to transport minds and imaginations towards something more wonderful, more grounding, more profound, more understood, more nuanced, more engaging. Never has it been easier than nowadays to simple transport yourself and escape on a basis as regular as the amount of times you pop on your favourite Spotify list or download a new Netflix series. Without the myriad of distractions i.e., music, literature, movies etc., we are left merely to the narratives of our own lives, the stories in our own heads, the direct interaction with the people around us.

It is an interesting idea to wonder which would be more beneficial or more destructive; having to deal face to face with oneself and ones own constructed reality. Or, on the other hand, the constant distraction, but also, the reflection and greater perspective experiencing art in the human condition might give? In this scenario, I would be forced to know myself, and my situation in quite an intense and subjective sort of way (and I would hazard a guess- and many would agree- that this is probably the last thing my own self-involved and neurotic self needs right now). Rather sadly, my experiences would be without the beauty, knowledge or plurality of voices which can be communicated and translated so easily through art.

Whereby art is a continuation, representation and/or challenge to culture, I would then have no cultural heritage delineating where I come from or the types of images I am represented by. I would perhaps even be more free to be individualistic and “truly myself” (whatever the fuck that might mean), without any cultural artefacts, nuanced narratives of history and artistic expressions of culture. In short, the experiential feelings, voices, nuances and narratives of other people would cease to contribute to my sense of self and identity, and cease to appeal to my workings of compassion and understanding. Other than some existential crises and mental breakdowns, sounds ok no?

Secondly and here is where it gets especially interesting for everyone and not just those whose passion, hobby and/or profession lie in the creative industries.

The question stands in general, what about us all as makers of art? What would be forced to happen when freedom of creative expression is negated in a world where art ceases to exist?

Dealing with and expressing my wants and needs, hurts and disappointments, successes and failures and general sense of identity and belonging without a creative outlet seems a rather interesting endeavour. Now that is a tough fucking question, how am I to express myself to my boyfriend if not through interprative dance? There really is no other way. But in this scenario, either we become professionals at supressing emotions or become unstoppable at relaying them directly, verbally and overtly. Perhaps, on a philosophical level we might think much more about what this all means, or with no relevant and creative valve of expression we might find no real reason or impulse to understand the world around us, and give up these thought processes altogether.

One last question to consider in this oh so fun thought experiment- what then for creativity? Is it possible to live in this human condition and refuse to indulge any inclination for creativity in a way that is intrinsically linked to the artistic process and its outcomes? How is it to be human without any avenue with which to be creative? I would argue a major component of being human is the desire to influence, to contribute to the greater good somehow. What then becomes of creativity? And wherefore then does the contribution to society lie if not in its attempts to make life more beautiful, poetic, nuanced and understood? Maybe more people will use their time, effort and problem-solving abilities towards combatting climate change, or learning how to fucking social distance properly… who knows?

Well, despite my absolute mightiest efforts to promote a world where art does not exist, I’m fairly sure my propoganda efforts have failed to convince anyone, let alone myself, the benefits that await us in our creatively challenged situation. All in a world in which -let’s be honest- will never be the same after the Corona crisis winds down. But as we construct new spaces from the ground up, maybe we can use this whole event to think creatively- as we as a species do best. To recollect our values, to reinvent ourselves and our collective identities, and build together the pillars which serve humanity in more profound, holistic and fulfilling ways. To understand that Art and artistic expression are like tampons, they need to be understood as more than just a taxable luxury item.